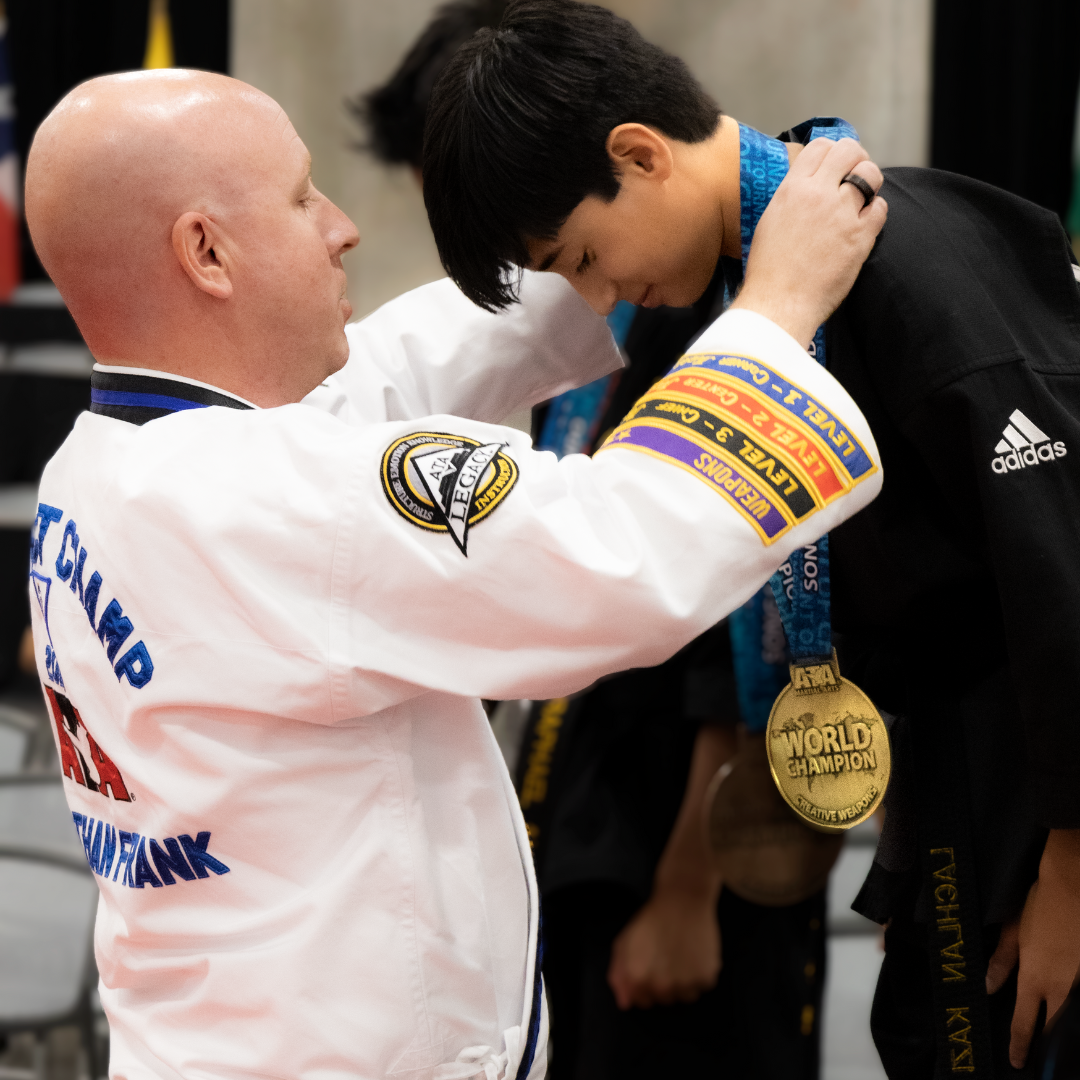 Once a year, over 1,500 of the world’s best Martial Arts athletes compete for the title Best of the Best. ATA Martial Arts Maryland, with four locations in Harford County, sent over 20 competitors and many came back victorious.

Just like all sports, martial arts is based on competition and the pinnacle of martial arts took place in Phoenix, Arizona (July 11-17). From the 20 competitors that represented ATA Martial Arts Maryland, over 25 medals were awarded in various events including one medal for best in the world. Lachlan Kazi (13 years old) won World Champion in Creative Weapons. In this event, competitors have to design a twominute freestyle weapons form. Kazi choreographed his weapons form with a bo staff and tied with two other competitors for first place. In the tie breaker, the judges decided unanimously that Kazi deserved to be world champion.

Opened by Jonathan and K.A. Frank in 2007, ATA Martial Arts Maryland has been actively serving the communities of Harford County by providing superior martial arts training. As career professionals, the instructors inspire through relationships and leadership. At ATA Martial Arts Maryland, their elite athletes are role models who strive for greatness, continuing ATA Maryland’s tradition of excellence. ATA Martial Arts Maryland is a martial arts school that provides its members with a road map to success based on self-defense, confidence, and goal-setting skills. They are committed to serving and empowering the community of Forest Hill, Edgewood, Bel Air, and Aberdeen.